Hemp-wearing, dreadlocked, armpit-hair-growing hippies who undoubtedly blurt, “I’m a vegan,” before you ever ask; this is the stereotype that, for years, followed vegans around everywhere. But this image is out-dated.

The average vegan may even be your next-door neighbour. There are famous vegans. An increasing number of celebrities are ‘coming out’ as vegans. Celebs like F1 racing champ Lewis Hamilton, Made in Chelsea star Lucy Watson and Instagram fitness influencers Zanna van Dijk and Grace Beverley.

As a result, the diet’s image is beginning to change. In 2018, being a vegan is hip.

If you haven’t heard of it, or don’t know anyone that took part in it, well, maybe you live under a rock. But if you were to ask any of these 167,000 participants their reasoning for signing up, you’d get a variety of responses. And I can bet that some of those include factors about being healthier and losing weight.

So let’s have a look at those arguments.

Is it healthy to be vegan? 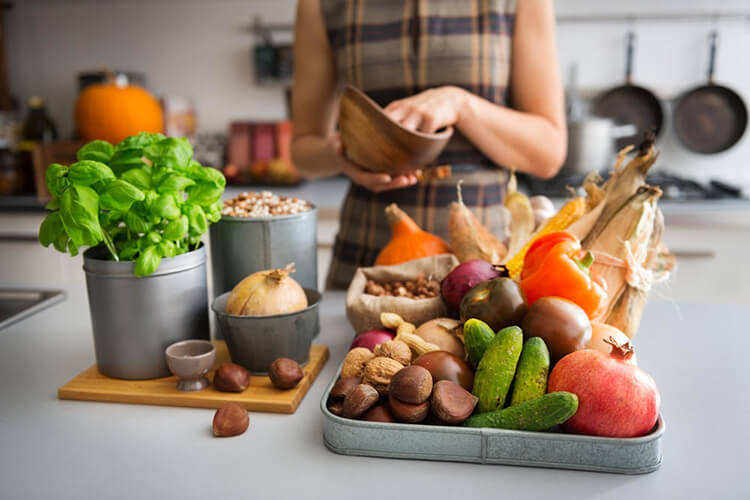 It’s no secret that, when meat options are lacking, the food plate is filled with vegetables and legumes. Very rarely do restaurants venture into the field of tofu or other meat alternatives.

Sometimes you’re lucky if they do something fancy with vegetables.

All you have to do is look at the vegetarian option on the menu and you’ll probably get some kind of risotto, rarely vegan due to the mountain of parmesan on top, or a concoction of vegetables under the guise of a ‘salad’.

But there might actually be a benefit to all of this veg.

The vegan diet is high in fibre as a result of its high dependence on fruit and vegetables. It’s been related to a number of positive health effects:

Studies have shown that the likelihood of getting colorectal cancer is reduced with a diet high in fibre. Therefore, vegans – with their diet based on fruit and vegetables, a high source of fibre – are at a lower risk of colorectal cancer.

Low-density lipoproteins (or LDL) are often called the ‘bad’ cholesterol. Put simply, they contribute to the build up of fat in arteries, causing them to narrow and raising the risk of coronary heart disease. Vegan diets have been shown to reduce LDL cholesterol and the build-up of fatty plaque in the arteries as a result.

A reduction in LDL cholesterol in the blood has been related the reduced risk of coronary heart disease (CHD). However, these results may also be conflicted by the fact that a diet high in fibre, such as a vegan one, is often also low in fat. But given that a vegan diet can be both high in fibre and low in fat, it’s understandable that the incidence of CHD among vegans is lower.

But fibre isn’t the be-all-and-end-all superhero of the vegan diet.

Leaving out some of the things found in an omnivorous diet is may also be good for health. In 2015, bacon-lovers nationwide were left sobbing. Research found a connection between bacon (and other processed meats), and cancer. And the Beeb ran an article proclaiming “processed meats do cause cancer,” causing floods of bacon-flavoured tears across the country.

Studies found that eating 50g of processed meat a day increased your chance of developing colorectal cancer by 18%. And, yes, bacon is a processed meat!

Given that these processed meats don’t form part of the vegan diet, vegans are at a reduced risk in comparison to their omnivorous friends. No more go-to hangover bacon butties?

What about vegan weight loss? 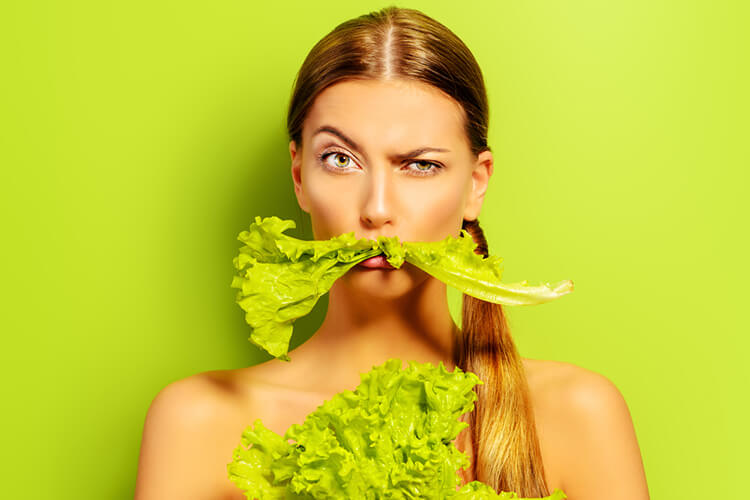 There seems to be a large amount of evidence suggesting that Veganism – a diet high in fibre and low in fat – can be used as a weight loss diet.

The thing is, it can be very easy to choose high-fat options when it comes to vegan diets. I mean: peanut butter, avocado, vegan cheese – all the noms. Unfortunately, they’re not exactly low in fat. At the same time, high-sugar foods are also all too readily available in vegan alternatives.

That said, what you eat is up to you.

As long as your diet is high in fibre and low in fat, from all that juicy veg, Veganism can aid weight loss. In fact, in a comparison of vegans, vegetarians, pescatarians, and meat-eaters, BMI (although now known to not be the most accurate measurement of health but a good one for comparison) was found to be lowest in vegans for both men and women of all ages.

What’s also interesting is a study comparing a vegan diet and a controlled diet. Energy intake (kcals) and portion sizes were unrestricted in the vegan group, meaning that participants were able to eat until they were full. That sounds brilliant to me. In the controlled diet group, energy intake was restricted by creating a daily deficit of ~500 kcal per day, sustained over 74 weeks.

There was no difference in caloric intake between the vegan and controlled diet conditions – both were reduced by ~430 kcals and 420 kcals respectively. This means that the vegan group consumed less calories than they needed per day (the good old calorie deficit) without even trying. They also eat 13% less fat than the controlled dieters, and 18.5% more carbs. Dietary protein was 4.3% lower in the vegan diet than the controlled.

This study isn’t alone, several others have shown vegan diets can aid weight loss, even when participants are allowed to eat unrestricted amounts. So, obviously, there’s something else going on.

Why is it that, even when told they could eat as much as they wanted, those on a vegan diet maintained a strong calorific deficit?

Think about your most basic vegan foods. The lego bricks to your hip, vegan house, if you like.

Fruit, vegetables and legumes. Here’s the thing: these foods are notorious for being high in fibre. When they’re the foundation of every meal, they create a diet which is less energy dense but higher in volume and more filling. And the volume is the thing which keeps people both sustained and sane.

If you’re someone who struggles to look at a plate which is essentially half empty – which is most of us – volume eating may be your solution. That’s not an excuse to binge eat a bag of Minstrels. Rather, filling the other half of the plate with vegetables can be the psychological validation you need to stick to a diet in the long run.

And following a vegan diet means that you can feast yourself silly on all this nutrient dense food for a fraction of the calories your meat-eating counterpart is eating.

So, in support of that time-old debate about dietary composition and energy balance, these results show that the 4kg reduction in body weight over the 74 week study was likely to be as a result of the caloric deficit created in both conditions, NOT the difference in macronutrient composition.

How to be vegan – without breaking the bank 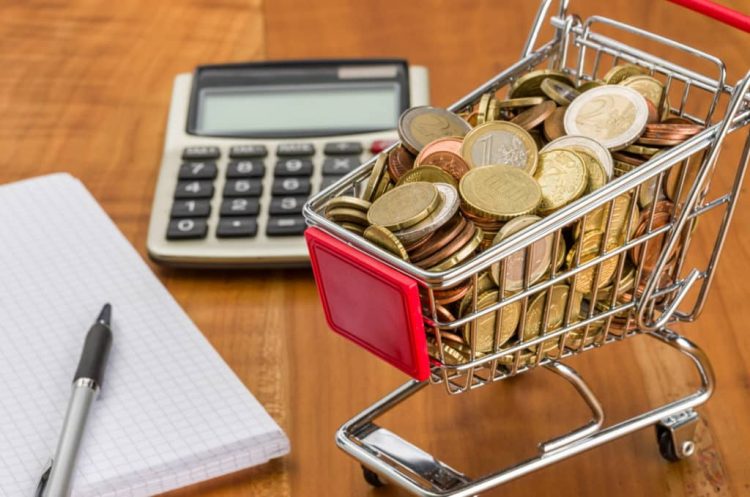 “But I’m not a millionaire,” I hear you say.

“Being vegan is expensive.”

Ultimately, being vegan is affordable. Unless you feel like venturing out to the Insta-worthy, gourmet vegan cafes every lunch break, you won’t be breaking the bank.

So, problem solved and what a revelation.

But here’s the deal 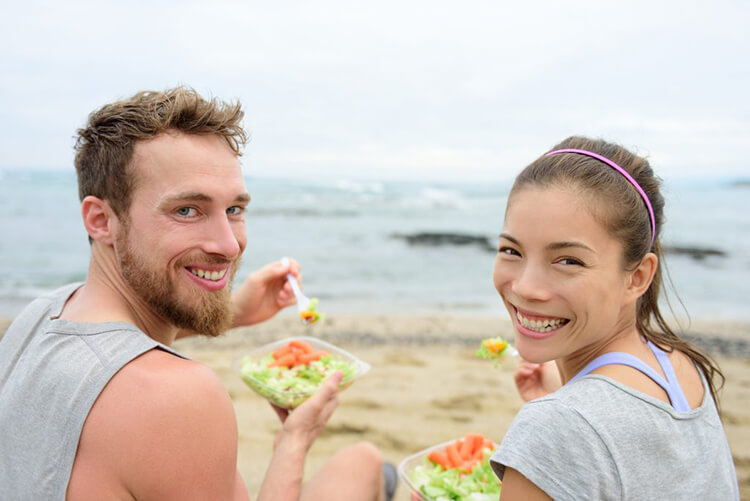 There’s no magical ingredient which leads to weight loss when following a vegan diet. It’s just an elaborate way of creating the good old calorific deficit (eat less calories than you burn).

Intermittent fasting, paleo, tracking macros, intuitive eating and the 5:2 diet, to name a few approaches are some of many which can lead to weight loss too. And the principle behind them all? Creating a caloric deficit. Shock.

So rather than exclude entire food groups from your diet, perhaps you could take the best of veganism (eating lots of fruits and veg) and tweak your current diet accordingly.

Or why not have a look at MyFitnessPal? See where you can change your diet without analysing the back of every product packet. Or accept that it’ll just take you a little longer to decide what you’re going to eat each day.

The bottom line is that there are obviously other benefits to turning vegan which are beyond this blog post, and it’s a lifestyle that you have to be willing to adopt. If you’re not prepared for that, and weight loss is your primary goal, there are plenty of other ways to create a calorific deficit.­­­­­­

Lucy is a former international pool and open water swimmer so fully understands the importance of nutrition in performance. She is currently studying for a Masters degree in Sport and Exercise Psychology at Loughborough University after graduating with a BSc in Sport and Exercise Science. She is also working as a Personal Trainer at Pure Gym and captains the University 4s hockey team.