The Key To Performing The Perfect Deadlift

Master the deadlift and you’re on your way to muscle-building, fat-burning, strength conditioning super success. But how? Let’s take a look.

The deadlift. In weightlifting circles, it’s often referred to as the ‘King of Exercises’.  It’s one of the most demanding lifts on the gym floor and it can build a ton of muscle all over your body. Piqued your interest?

Deadlifting will add quality muscle from your traps all the way down to your hamstrings. And, given that resistance training stimulates the production of all sorts of beneficial hormones, like testosterone and the growth hormone, nailing this lift is only going to make you feel bigger, better and much, much stronger.

I’d put it above squatting – yes, you heard me right – as the single best exercise for developing whole body strength. It engages all of the body’s major muscle groups. For me, personally, it has to be one of the key movements in all training programs.

One of the best feelings in the gym is being able to lift a heavy barbell off the floor. The feeling of simply stepping up, grabbing the bar and pulling until you’re upright, whilst fighting the huge amounts of tension going through your body.

I believe everyone should be able to lift objects off the ground and if you can’t, you should be making it one of your top priorities in training.

But what muscle groups are involved during the deadlift? Should you include it on back day? Or is it a lower body exercise? Or is it something else entirely?

Let’s dive in and have a look.

When should I do deadlifts? 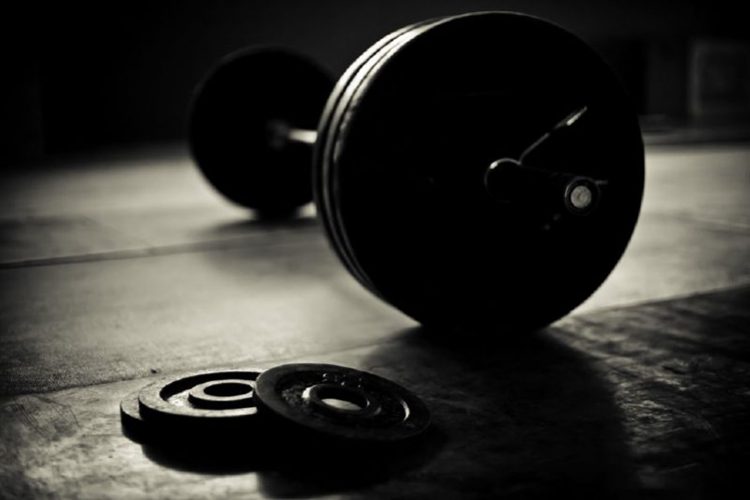 Before there was internet, you would get your training routines from the most recent issue of Muscle & Fitness or, of course, the bible: Arnie’s ‘The Encyclopedia of Bodybuilding’.

Back in the day, all my workouts focused on body part splits with high volume for hypertrophy and strength. The best place to learn about fitness and bodybuilding routines – apart from the magazines – was from more experienced bodybuilders who trained in my local gym.

We all wanted to look like Claude Van Damme or Arnie. Natch.

I remember deadlifts being used mostly on back day. Then I might change training partner and they would include them on leg day.

So, what gives? It was all down to personal preference.

I used to do deadlifts after heavy back squatting which, now, would be a big no-no as my central nervous system would be smoked after the squats.

Ultimately, it’s completely up to you where your deadlifts sit within your weekly routine. For me, everything changed when I discovered the way Mike Boyle and Gray Cook train, after I had qualified as a PT. 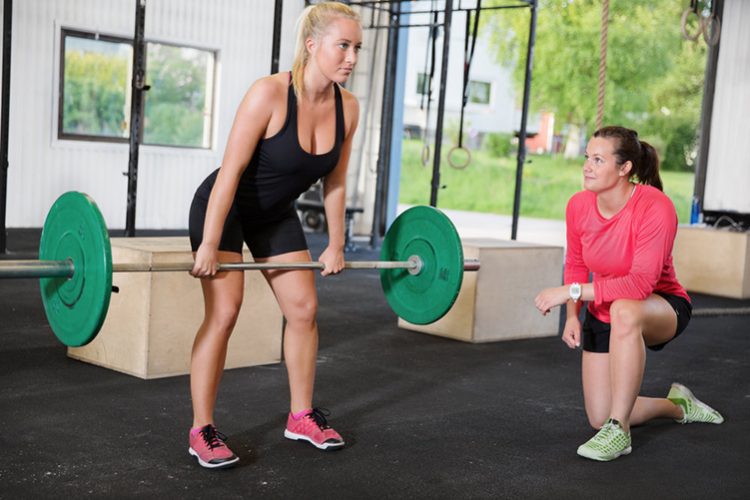 I don’t know if Mike and Gray were the first to come up with the phrase but I certainly got it from them:

The theory is that the body has fundamental movement patterns that we can create exercise programs from. These are programs that not only improve our strength, but also co-ordination, balance and skill level. Ultimately, they move us towards our aesthetic goals whilst enhancing our daily lives as well.

The fundamental movement patterns are: knee dominant, hip dominant, pushing and pulling – both in a horizontal and vertical plane – anti-extension, anti-flexion and anti-rotation.

These movements are called different things by different fitness experts but, whatever the name, they all refer to the same movements. Most of the exercises that fall into this bracket are commonly called ‘functional exercises’.

They are generally all multi-joint exercises that work the body as one unit and recruit a large amount of muscle to perform. They also help you to move better in daily life, for example if you need to lift a heavy box.

It’s all about the hips 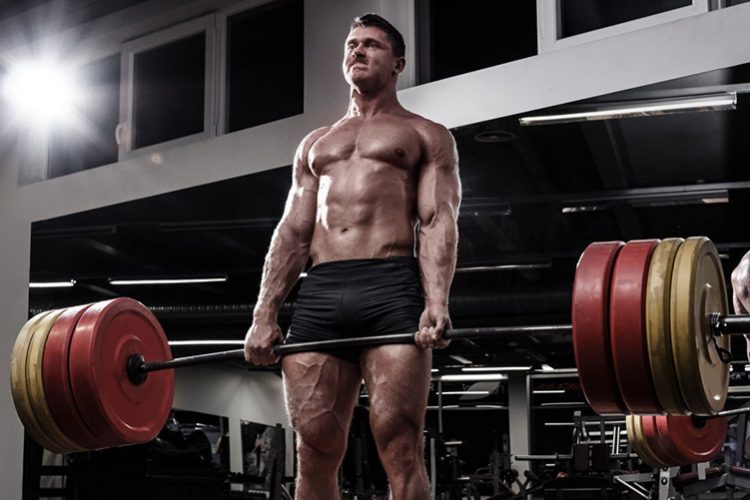 Now before I go any further there is nothing wrong with training muscles in isolation.

If you want to focus on developing a specific body part or are going to compete in a physique contest, you’ll have to shuttle training volume into specific body parts. I love a Friday ‘dessert’ session and a huge arm pump as much as the next gym bro.

However, most people I train use exercise to lose weight or feel better. Improving movement skills can address both those needs whilst, at the same time, keeping the training session more varied. We use dynamic movements as opposed to traditional static machines. And that’s waay more fun.

As I began to read more about movement patterns, I discovered that the deadlift was classed as a ‘hip dominant’ or ‘hinge movement’ pattern. This was different than the way I had been taught years ago as my deadlift was a squat but the load was in a different position.

I think Dan John and Pavel Tsatsouline’s Easy Strength best describes the difference between the squat and the deadlift. Pavel and Dan make the distinction of a deadlift having, “deep hip movement with minimal knee bend,” and squats having, “deep movement of the knees and hips.” 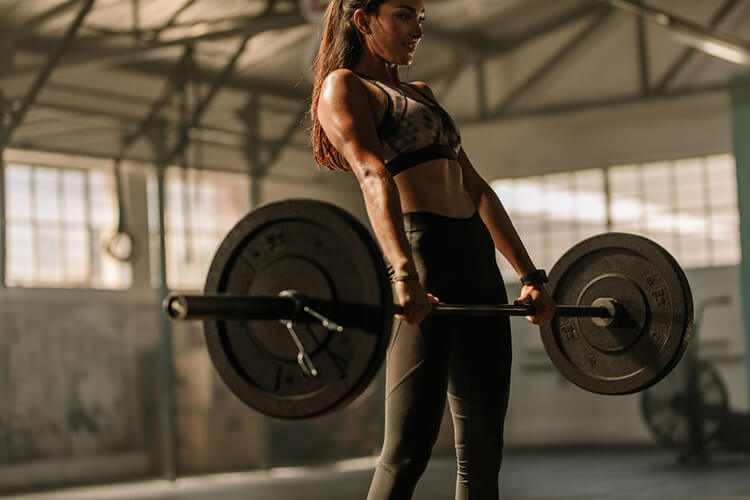 I had to go back and re-learn the way I was deadlifting. It was hard. It was humbling.

I had to really drop the amount of weight I was lifting and get to grips with new technique. The deadlift looks simple – but there is a massive difference between something being simple and something being easy.

For the first time, ever, I was feeling the hamstrings and glutes work hard during the movement. And I was no longer getting a sore back which was something I used to experience after performing it.

In fact, whilst poor deadlift technique can cause back pain, one study showed that deadlifts can actually improve low back pain if executed properly.

One of the fundamental skills I had to incorporate with the new technique was making sure my body was tight enough, so my form didn’t fall apart as soon as I started lifting the bar.

Especially through my back. Tension is everything.

Some people would call it, ‘taking the slack out the bar’ –  but I prefer Greg Nuckol’s phrase, ‘pulling tension into your body’.

Also, there would be no more jerking the bar as hard as I possibly could on the first rep. If you’re not tight enough, this sudden jolt tends to round your back and your hips shoot up. That potentially puts your spine, and especially your lower back, in a bad position for the rest of the lift. And, boy, my back used to hurt for days after a deadlift session.

Safety is the number one priority when deadlifting. You should already be pulling so hard on the bar when it’s still on the floor that adding just a tiny bit of extra force will get the lift moving.

The role of your lats 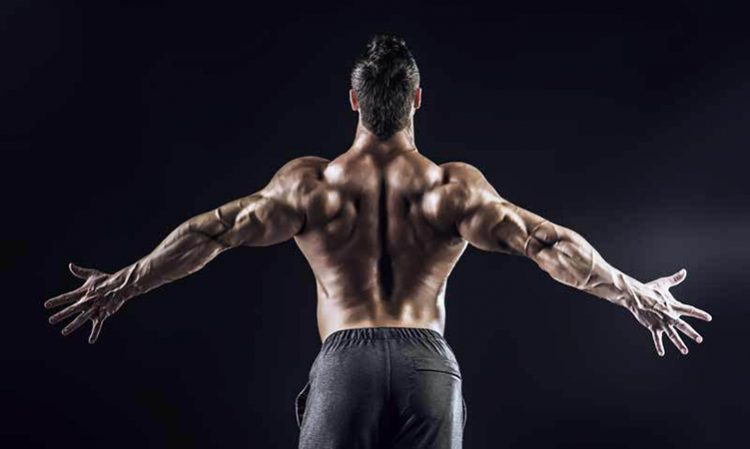 When people think of training their back they automatically think of the ‘latissimus dorsi’ muscle – or the ‘lat’ to you and me.

It’s one of the widest muscles in the body and lots of people love having a wide set of lats as it gives you that classic tapered ‘V’ shape.

Now, lats are super important in the deadlift as engaging them properly will allow you to potentially lift more weight. And the lats have a vital role in keeping the upper back tight.

BUT – they are not prime movers during the lift.

The title of prime movers belongs to the hamstrings, glutes (with help from the adductor magnus on the side of your thigh), spinal extensors and a little bit of quads.

None of these movements are required for a deadlift.

Yes, lat tension keeps the back tight by keeping your shoulder blades locked into position but it’s not only the lats that are stopping the back from rounding. The lats don’t create much spinal extension as they don’t attach to multiple vertebrae.

The ‘erector spinae’ do – a muscle group that runs parallel on both outer sides of the spine, extending from the lower back of the skull all the way down to the pelvis.

That doesn’t mean that you should forget about your lats altogether because you want a strong set of lats in your deadlift. Get training them with heavy rows, pulldowns and banded isometric holds in a hinge to practice your position. However, I would recommend trying to perform these exercises on a different day than when you deadlift as your back will be completely fatigued after it.

If you’re not sure how to engage your lats in a deadlift, a little tip is to focus on pointing your elbows toward the wall behind or trying to bend the bar. 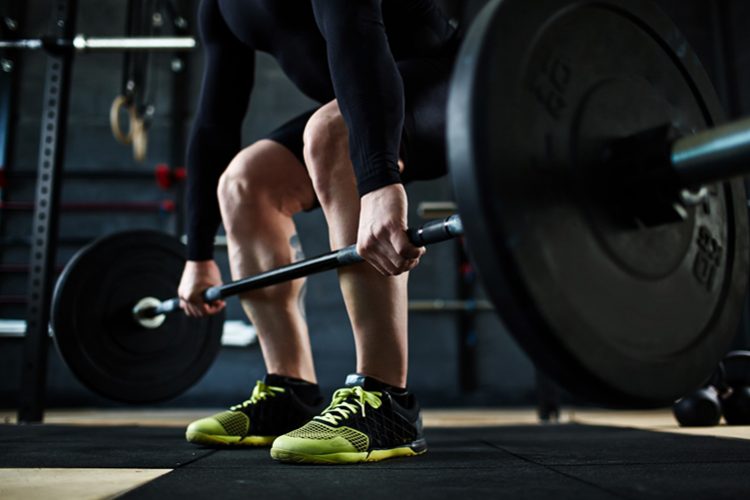 Tweaking your deadlift technique requires a lot of practice and, over time, creating the right tension for your deadlift pull will become second nature.

Go out of your way to create as much tension as possible throughout your whole body by slowly pulling harder and harder on the bar, like turning the volume knob on a car stereo. When the bar feels like it’s about to start moving, this is when you shift into the next gear and break the bar off the floor.

By doing this, you’re tapping into the principle of muscular irradiation – when you maximally contract a muscle, its neighbouring muscles also contract to create an even greater force.

A simple example of this would be during a bicep curl. Next time you’re ‘pumping the guns’ and getting pretty close to ‘failure’, squeeze your hands, glutes and abdominals as hard as you can and you will probably find you’re able to carry out a few more reps. Neat. 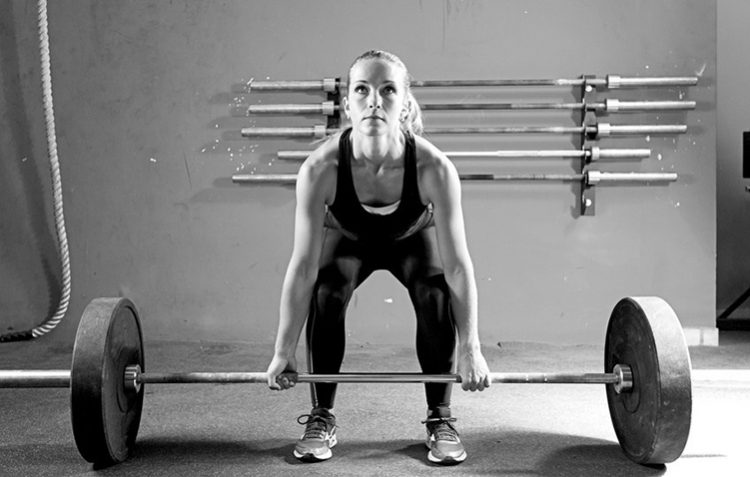 The deadlift, or the hip hinge, is a movement people struggle with more than any other.

You might not be able to get your body into the right position to lift safely for any number of reasons. Making progress varies massively from person to person. Some people need to pull heavy every week to improve, while others only need to use heavy weights once a month to make gains.

Some people will use the deadlift as a back exercise and some as a leg exercise. There’s no real right or wrong – deadlifts come in all shapes and sizes and can be used for a variety of training goals.

But the one thing we can all agree on is that it’s a hinge movement pattern.

Learn to hinge, generate tension throughout your whole body, get powerhouse muscles like the glutes and hamstrings involved and watch those deadlift numbers slowly creep up.

Darran’s mission is to show people that going to the gym can be fun and not some form of punishment. Working 1-2-1 with clients in a boutique studio in London and online, he focuses on using a habit based approach with clients that range from new mums, to stressed out CEOs to actors.